Water absorption value of bricks largely influences the bond between brick and mortar. If water absorption in bricks is more and bricks are not soaked before the masonry work, the water from freshly laid mortar is likely to be absorbed by bricks. This results into poor mortar strength as the sufficient quantity of water will not be available for hydration process. This article describes the details procedure for water absorption test for bricks as per IS 3495 – Part 2.

2. The dried test specimen is immersed completely in clean water at a room temperature of 27±2°C for 24 hours.

3. The specimen is then removed and any traces of water are wiped out with a damp cloth and the specimen is weighed. The weighing is completed 3 min after the specimen has removed from water. Record the weight as M2

Water absorption, percent by mass, after 24-hour immersion in cold water is given by the following formula:

Efflorescence is a crystalline, salty deposition that occurs on the surfaces of bricks 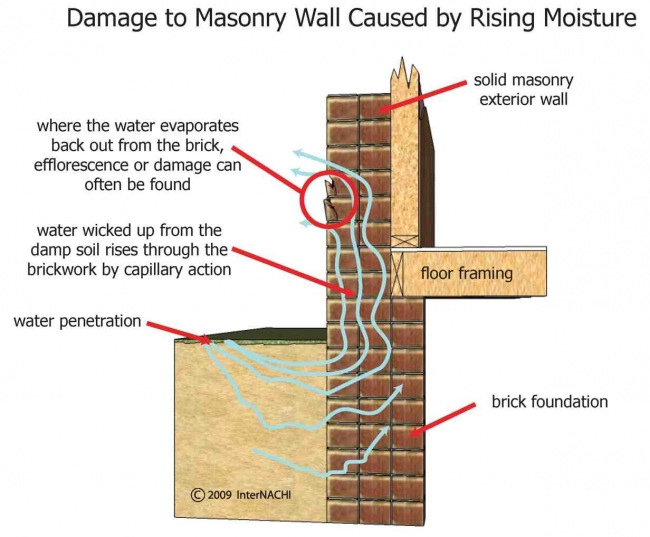 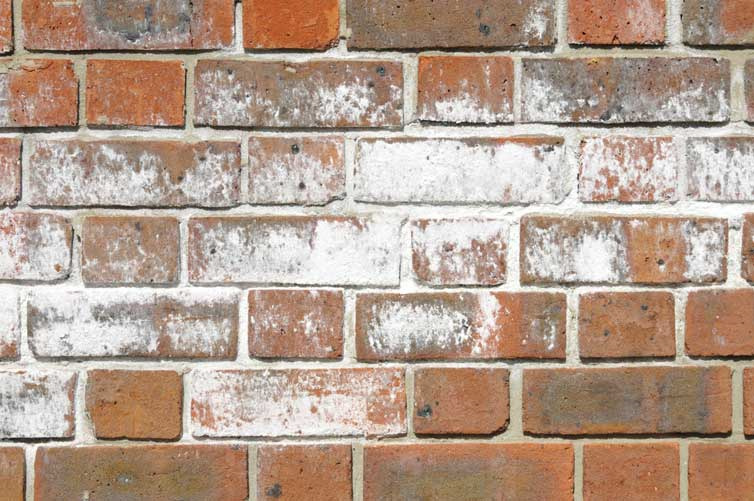 1. Sample of bricks to be tested for efflorescence

3. Flat bottom shallow dish made up of glass, porcelain or glazed stoneware having following 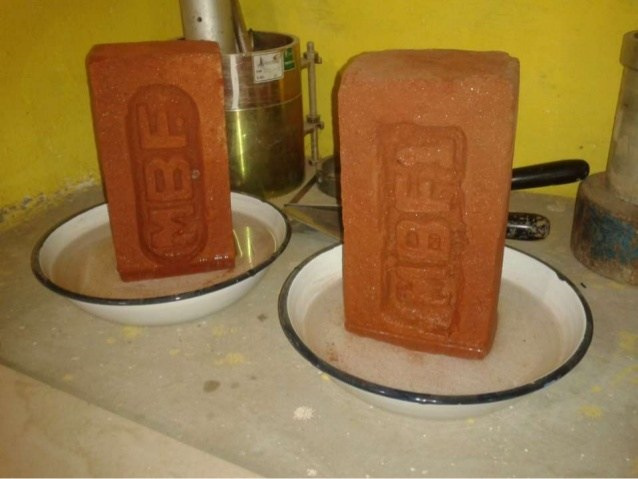 1. Fill distilled water in shallow dish and place the end of the bricks in the dish. Water shall be filled such that bricks should be immersion in water up to 25 mm depth.
2. Place the whole arrangement in a warm well ventilated room until all the water in the dish is absorbed by the specimens and the surplus water evaporates.
3. To avoid excessive evaporation from the dish, cover the dish containing the brick with suitable glass cylinder.
4. When the water has been absorbed and bricks appear to be dry, place a similar quantity of water in the dish and allow it to evaporate as before. Examine the bricks for efflorescence after the second evaporation and report the results. 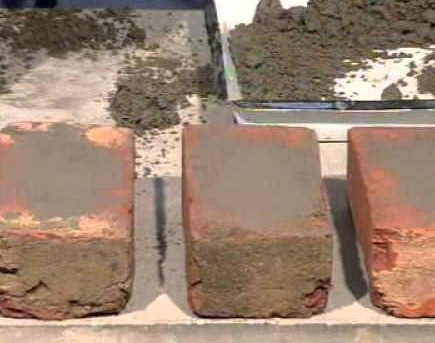 1. Unevenness observed in the bed faces of bricks is removed to provide two smooth and parallel faces by grinding. It is immersed in water at room temperature for 24h.
2. The specimen is then removed and any surplus moisture is drained out at room temperature. The frog and all voids in the bed face is filled with cement & sand mortar (1 cement: 1 coarse sand of 3 mm down). It is stored under the damp jute bags for 24 h followed by immersion in clean water for 3 days.
3. The specimen is placed with flat faces horizontal, and mortar filled face facing upwards between two 3 ply plywood sheets each of 3 mm thickness and carefully centred between plates of testing machine. 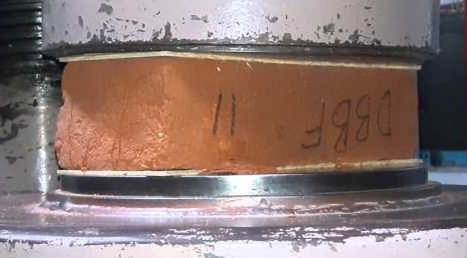 Compressive strength in N/mm2 = (Maximum load at failure in kg or N) / Avg. contact area of the brick in cm2 or mm2.

Five number of bricks should be tested and the average value is reported.
Minimum compressive strength of bricks are as below:
For 1st Class bricks: 105 kg/cm2
2nd Class bricks: 70 kg/cm2
In any case, common building bricks: Minimum 35 kg/cm2